Parliament is damaging science with its all-male committee

CaSE Director Dr Sarah Main asks whether it's time to turn our backs on all-male committees?

My heart sank when I opened the notification of the members of the House of Commons Science and Technology Committee yesterday and saw a wall of male faces. 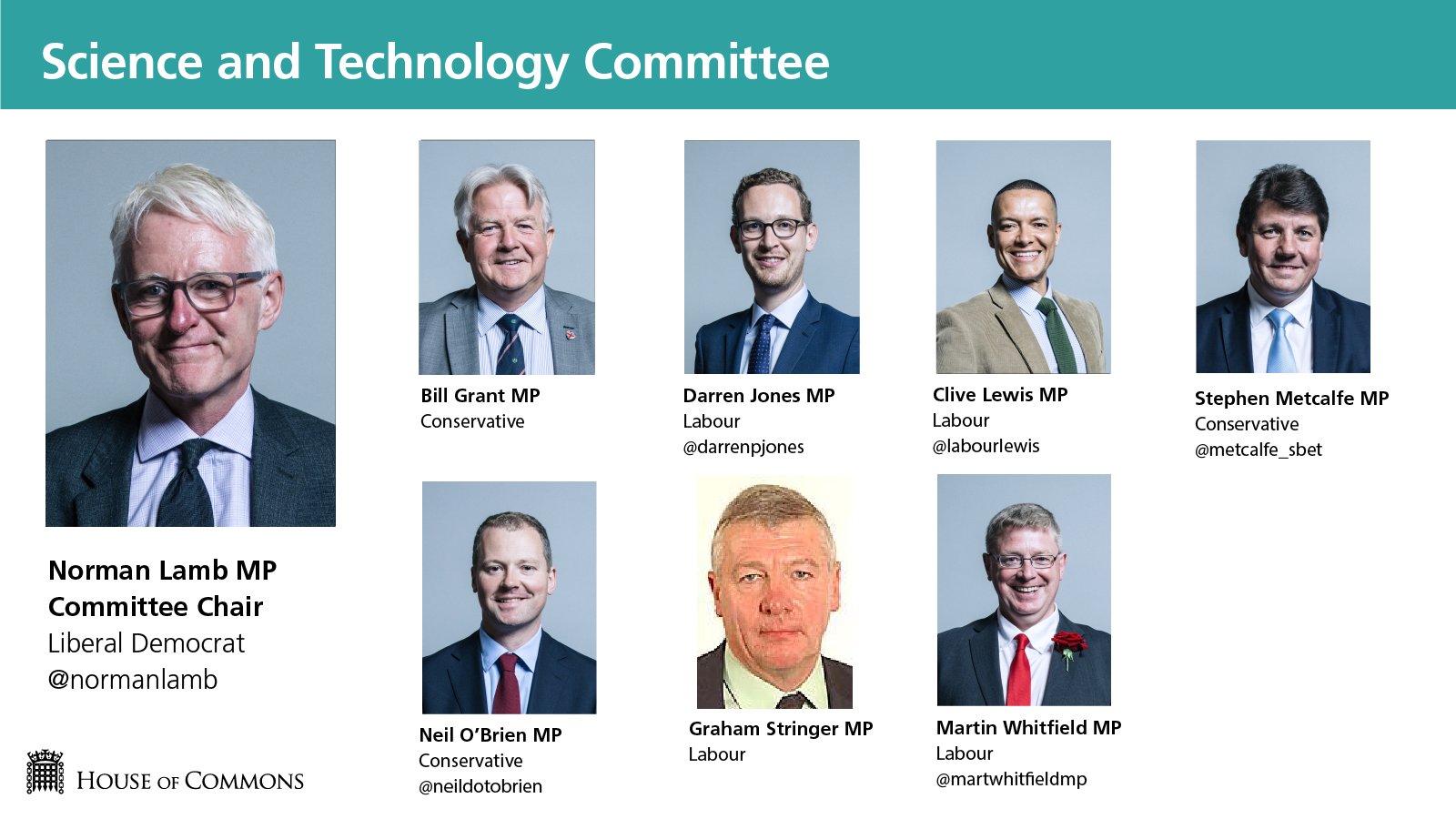 In a week when Theresa May called for more women to become engineers at Prime Minister's Questions, Innovate UK celebrated women in innovation at its 10 year anniversary, and the Wellcome Trust announced a prominent intervention on inclusion and diversity in science, it was a blow to contemplate that Parliament seems to consider an all-male science committee acceptable. Let us be clear, this is no reflection on the individuals elected to the committee or the chair. But it demonstrates a startling lack of thought and action throughout the process of nomination and appointment to the committee.

I don't pretend to be familiar with the dark arts of favour and reward that weave through the allocation of Parliamentary select committee positions. But, at its simplest, the whips of each party put forward candidates for each select committee to fill the number of seats allocated to that party, in proportion with the number of their MPs in the House. We can conclude that the whips of each relevant party were content to put forward all male nominations for the science and technology committee and that the sum of that content led to a, thus far, exclusively male committee. There are three more places to be announced.

The committee has failed to maintain the diversity it had gained. Over the last term of Parliament, the Science and Technology committee enjoyed balanced gender diversity with 60% of all seats available filled by women, a significant uplift from the 17% of women on the committee in the preceding Parliament. During this period of 2015-17, led by first Nicola Blackwood and then Stephen Metcalfe in the chair, the committee was an effective and powerful advocate for the science community, leading the way on clear calls to Government on science investment and scientific advice among others, and providing a hub for debate and resolution on the needs of science during and after Brexit.

This failing of diversity in the appointments process is not uniform across the House. Our analysis shows that of the committee places announced so far, only the Welsh Affairs Committee have announced an all-male line-up. So this appears not so much to be a Parliament problem as a science in Parliament problem.

And that is where the damage is really done. It is tragic that with so many efforts going on in the science community to change the image of science to a more inclusive one, that Parliament could not match that effort in recognition of its responsibility as an authoritative focal point for scientific debate.

There are three places remaining to be allocated on the committee. Our MPs to watch list shows 112 MPs who have a stated interest or background in STEMM (science, technology, engineering, mathematics or medicine). A third (37) of them are women, exactly mirroring the proportion of women in the House of Commons. These would all be excellent candidates to consider for the science and technology committee. I wonder if they considered putting themselves forward. Of course, it is not a prerequisite that an MP has a background in science to be a powerful advocate for it, or an effective committee member. Nicola Blackwood was an excellent chair of the committee and did not study or work in science, but was widely lauded for her leadership of the committee and advocacy for science during the European referendum period.
As Norman Lamb's letter to the Government Chief Whip demonstrates, he as chair of the committee has no power to intervene. I imagine this is a situation where no one person will claim accountability - it is a fragmented process. And yet, this is not good enough. Parliament must take responsibility for its public image and must consider how the composition of its committees can help inspire people to believe they are eligible to join the debate. And what can we do? In her excellent response to the committee's announcement, Athene Donald refers to pledges made by men to refuse to speak on all-male panels. I wonder if it is time for an equivalent pledge to decline invitations to give evidence to all-male committees?
Update: Conservative MP Vicky Ford and Labour MP Stephanie Peacock have since been selected for the Commons Science and Technology Committee, along with Conservative Adam Holloway MP.
Figure 1: Analysis of House of Commons Select Committee membership by gender (as of 13th Sept 2017)